Today during a discussion on the use of LPSA funding - for which an agreement has been reached with every District in Cambridgeshire with the exception of the City Council (again), the Leader of the Lib Dem group at the County Council made a plea to the Cabinet to rethink our position or face the decision being called in - making the point that he didn't want to create "unnecessary work."

If he recognises that the call-in would be unnecessary work - then don't call it in, otherwise it would be a blatant waste of public money.

There was some really good stuff at Cabinet today, including an excellent interim report on Domestic Violence presented by Cllr Samantha Hoy.  It was also the first time I had spoken at Cabinet in my new capacity as Cabinet Member for Adult Services, talking about progress since the last CQC assessment (completed in 2010) .  It was a good news story because the assessment judged us as performing well with excellent features, and the action plan created after the inspection has been delivered pretty well.

Posted by Martin Curtis at 12:14 No comments:

There are a number of ways of finding out information about the population of Cambridgeshire on the internet.  Fingertips is the most user-friendly one I have seen to date.

It doesn't yet drill below County level.  But, given how easy it is to use, I hope that will happen.
Posted by Martin Curtis at 05:20 No comments:

All change at the County Council as well

Yesterday I was advised that Catherine Hutton, the current Cabinet Member for Adult Services was standing down because of work commitments (a seriosu issue for some Councillors) and was asked if I would take over that portfolio.  One which is, arguably, the most challenging in the Council.

As someone that relishes a challenge, I have accepted.  I could say more, but it is probably best to link to the news release from Shire Hall.

Even on the first day, the enormity of the task that I face is becoming very, very apparent.
Posted by Martin Curtis at 05:44 1 comment:

I was recently offered and have accepted the post of Vice-Chairman of Planning by Alan Melton, the Leader at Fenland District Council.
I am delighted to be coming back into planning, it is an extremely demanding area but one that I enjoy working in.  It is going to become even more challenging as Fenland's Development Framework, the Government White Paper and Neighbourhood Planning all start to have their influence.
Posted by Martin Curtis at 06:42 No comments:

Britain's Membership of the EU 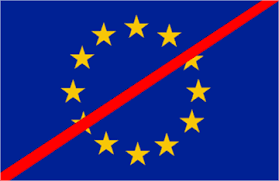 The case for a referendum on membership of the European Union is being raised almost daily now, including a suggestion that the PM is coming under pressure to acceded to demands from within the Conservative Party.  I don't know how much of it is just rhetoric as we head towards the Party Conference, but some articles related to it are here and here.

My view on the EU has always been that I would prefer a renegotiation of our membership, a return to what we signed up for - a union of trading nations rather than the costly political monstrosity we currently suffer.  However, over the last few years it has become obvious that the EU is not an organisation that can deliver this sort of radical retrenchment.  I have come to the conclusion that we need an in or out referendum, where I would vote to leave.

However, whatever the current rhetoric, I cannot see how this can happen whilst we remain in a coalition with the proudly pro-European Liberal Democrats.  My instinct is that the Conservatives will go into the next General Election with the promise of a referendum. I'd like it earlier, but I'd go along with that strategy.
Posted by Martin Curtis at 01:07 No comments:

Email ThisBlogThis!Share to TwitterShare to FacebookShare to Pinterest
Labels: EU

At midnight last night the Boundary Commission's review of parliamentary constituency boundaries was published - although it was leaked and was available on line way before that.  The implications for Whittlesey and Fenland are huge.


Basically, North East Cambridgeshire will be no more.  It is proposed that; Whittlesey will move into Peterborough South; March and Wisbech will move into a new Wisbech and Downham Market constituency and; Chatteris and surrounding area will move into Huntingdonshire.

Of course these are just proposals at the moment and, indeed, only affect Parliamentary Constituencies - but it is important that people respond to the consultation.  One serious issue that comes from this is that any subsequent review of Council Boundaries could lead to Whittlesey moving out of Fenland and into Peterborough City Council.

Whilst I have huge concerns about what this means for the people I serve, I am adamant that the reasons behind the review are absolutely right - that the sizes of constituencies need to be evened out so that we end the ludicrous situation where the Conservatives need to poll loads more votes than the Labour Party in order to get a majority in Parliament.  Largely because inner city parliamentary seats are smaller than rural ones - despite the fact that geography means that rural Constituencies are much harder to manage.

I could talk and type about this for hours - certainly there are lots of questions that need to be answered - such as how much future housing growth has been taken into account and how much of this has been the Boundary Commission simply playing with numbers without understand or asking questions about the implications for the tax payers who fund politicians and, indeed, the Boundary Commission itself.
Posted by Martin Curtis at 08:31 No comments:

The truth about the Health and Wellbeing Board

One of the decisions I guided through Cabinet today was the approval of the structure, terms of reference and make up of the Shadow Health and Well Being Board in Cambridgeshire, which is being created as part of the changes being made to Health delivery in England through Andrew Lansley's changes to the NHS.

A number of factors went into our thinking about the Board; we wanted it to be small enough to be an efficient vehicle for delivery and for everyone involved in Health to be able to have their voice heard, whilst recognising that not everyone could have a seat on the Board without it becoming too cumbersome.

As a result, we created a board of eleven members, including; the Leader of the County Council, myself and a representative from the District Councils as democratic representatives along with a number of Council Officers and representatives of the Health Sector.  But we also agreed to create a number of networks underneath this, including Local Health Partnerships which will ensure some of the thinking is done in a more localist way.  We also agreed for the District Councils to be able to create their own network so that their representative on the board could speak for all.

I believe this is an excellent structure - but of course the Lib Dems claim it is undemocratic.  So let me explain where the democracy is in this structure.  Firstly, our overview and scrutiny function will be continuously overseeing the function of the board; that committee includes District Councillors and Liberal Democrats.  The Local Health Partnerships will have councillors on them (including in some places Liberal Democrats) and the Board itself has three Councillors.  So, whilst maintaining an efficient top level structure, we have managed to make the overall structure localist and democratic.

The Lib Dem position is, of course, about headlines rather than reality. Some things never change.
Posted by Martin Curtis at 13:11 No comments:

At today's County Council meeting the Cabinet decided to change it's position and no longer pursue wind famrs on its County Farms estate.  It is a position I absolutely endorse, despite the fact that it will cost the Council significant sums of money,not least because it is about putting people above money.

I spoke at the meeting about the fact that Fenland residents feel they have done enough in terms of generating Wind energy and that these developments would have a significant impact on the Fenland landscape (even if they wouldn't be strictly be located here).

The Liberal Democrats spoke in opposition to the change, wanting to impose more Wind Farms on Fenland and elsewhere, against the wishes of residents.  As I pointed out, their stance is neither Liberal nor Democratic.
Posted by Martin Curtis at 09:26 No comments:

Local MP Steve Barclay deserves our thanks for the work he is doing to get improved rail services in Fenland, including Whittlesey.  His progress is being reported in the Cambs Times.

I have reported on this before.  I am convinced that with the right sort of timetable, there is the potential for the operators to benefit from a significant increase in passenger numbers from Whittlesea.  There is evidence to back this up, with an increase of 8,000 passengers the year that Car Parking charges for users of Peterborough Station were hiked up.
Posted by Martin Curtis at 00:39 No comments: